It is worth reflecting on the words of Cardinal John Dew at Waitangi in 2020.

‘At Waitangi – on 6th February 1840 there was a hope, wishes, a vision of what Aotearoa New Zealand could be... We are all brothers and sisters, made by God.  We thank God for our diversity. We thank God for New Zealand’s tradition of religious freedom and equality... It is religious tolerance, religious inclusion and religious acceptance that is our heritage. We honour and celebrate that today.’

Extracts from the Homily given by Cardinal John Dew at the Interdenominational church service at Te Whare Rūnanga, Waitangi. 6 Feb 2020.

For the complete script of the homily click HERE

Readings from the Mass of the Day

Alleluia Alleluia! Jesus preached the Good News of the kingdom and healed all who were sick. Alleluia!

We pray O God for the Peoples of this Land, for the Māori People the Tangata Whenua, for the Pākehā People,

for the honouring of their covenanting together in Te Tiriti o Waitangi,

for all the diversity of migrant peoples, for our ancestors and for those to follow after us.

Listen to the Homily Studio for a conversation on scripture readings for Sunday 5 February. There are some useful points about Waitangi Day in the podcast which is available at this link from Monday 30 January.

What is the Treaty of Waitangi?

Te Tiriti o Waitangi - the Treaty of Waitangi, New Zealand’s founding document, was meant to be a partnership between Māori and the British Crown. Although it was intended to create unity, different understandings of the treaty, and breaches of it, have caused conflict. From the 1970s the general public gradually came to know more about the treaty, and efforts to honour the treaty and its principles expanded.

Intro notes by Claudia Orange. For more background information search for the Treaty of Waitangi on the  teara.govt.nz website 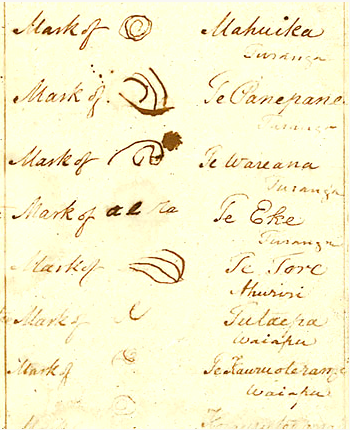 Back to What's Happening Now